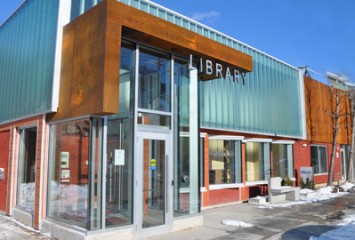 Of course Doug Ford will hate it, but not so the thousands of people who live in Mount Dennis. Their neighbourhood’s 60-year-old public library has just reopened after a brilliant $4-million remake. Not only has the building never looked better; many hope it will be a harbinger of the good things to come to a part of town where that has been rare.

There’s also the Eglinton LRT, which will connect Mount Dennis to the larger city and ultimately transform it when completed in 2020. That’s still some time away; but in the meantime, the library is a powerful symbol of what lies ahead.

With the exception of some yahoos at City Hall, the extraordinary work of the Toronto Public Library (TPL) has been recognized throughout the city and around the world. In the past 10 or 15 years, the system has reinvented itself to be more user-friendly, neighbourhood-oriented, helpful, open and comfortable than ever.

The temple of knowledge is now the living room of the city, inclusive and democratic yet ordered and unapologetically attractive. In Toronto, the 21st-century library is a place where we are welcome, even with a sandwich and coffee in hand.

“We tried to respect the community,” says Anne Bailey, TPL’s director of branch libraries. “It’s their library, after all. People told us they wanted light, up-to-date services and technology.”

As Bailey explains, Mount Dennis, one of the city’s 13 priority neighbourhoods, has the lowest literacy rates in Toronto. Its dull and dreary streetscape speaks of disengagement and urban disillusionment.

For architect Bruce Stratton, whose firm handled the Mount Dennis redesign, the task was to turn a dark and dingy space into one people would choose to spend time.

“I’m sure a lot of people didn’t even know it was a library,” Stratton says. “We tried to open it up and bring in the light. We think it will be a stepping-stone to turning around the neighbourhood.”

The compact one-storey structure near the corner of Weston Rd. and Eglinton Ave. came with a large basement. The original building was a basic brick box with little appeal. It was the sort of place people went to look for a book, and nothing more. The architecture gave nothing more than bare necessities and users suffered in silence, as the rules required.

Highlighted by weathered steel, the redesigned façade brings a singular touch of elegance to the street.